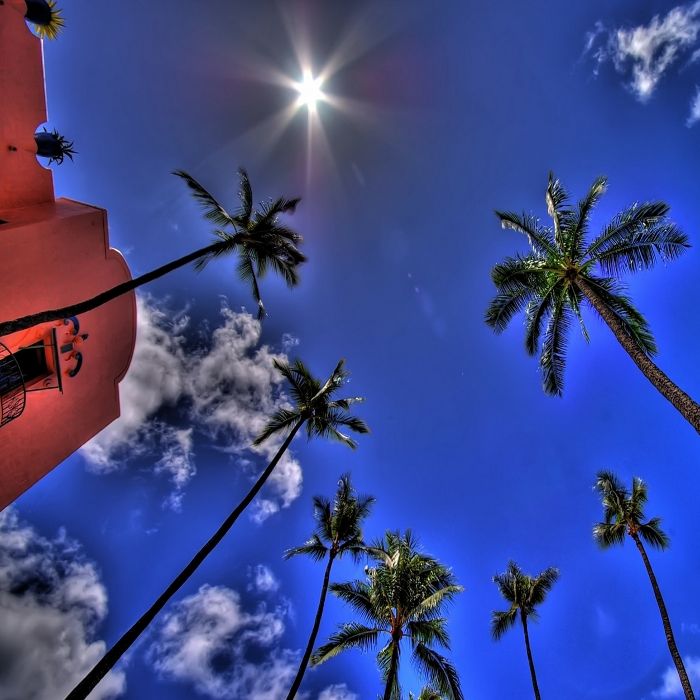 The acme of something is its highest point of achievement or excellence.

The apex of anything, such as an organization or system, is its highest part or most important position.

The apogee of something is its highest or greatest point, especially in reference to a culture or career.

If something is done for someone’s edification, it is done to benefit that person by teaching them something that improves or enlightens their knowledge or character.

Someone who is feckless is incompetent and lacks the determination or skill to achieve much of anything at all in life.

Something is flaccid when it is unpleasantly soft and weak, hangs limply, or lacks vigor and energy.

The nadir of a situation is its lowest point.

If something is obsolescent, it is slowly becoming no longer needed because something newer or more effective has been invented.

If someone is pallid, they look very pale in an unattractive and unhealthy way.

If someone reaches a pinnacle of something—such as a career or mountain—they have arrived at the highest point of it.

If you surmount a problem or difficulty, you get the better of it by conquering or overcoming it.

Something in the vanguard is in the leading spot of something, such as an army or institution.

The sun had reached its zenith, straight over our heads. It was so hot I thought I’d pass out, but our leader’s enthusiasm for the hike had not yet reached its zenith or topmost point, so he unfortunately urged us on. After miles of marching our agony reached its zenith or climax when we accidentally stumbled into a nest of wasps. We never did reach the zenith, or summit, of the mountain to which we had been hiking.

Quiz: Try again! What is an example of someone who has reached a zenith?

Judith Reaches Zen Zenith Judith had been practicing Zen principles for a lifetime when she finally, after having turned a century in age, reached the Zen zenith of blissful enlightenment.

From word roots meaning “a path over one’s head.” The zenith is the topmost point of something, or the point directly “over one’s head” in the sky.

Cosmos Carl Sagan talking about the sun and its zenith. 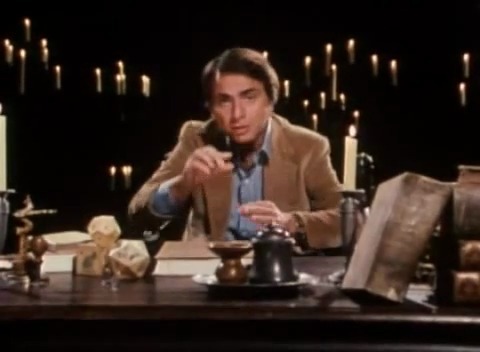 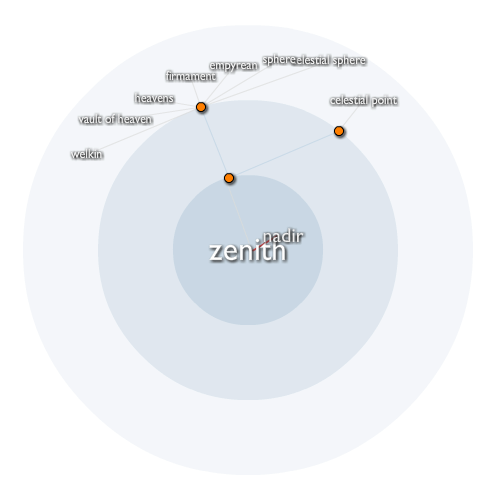