A conclave is a meeting between a group of people who discuss something secretly.

A desolate area is unused, empty of life, deserted, and lonely.

A gregarious person is friendly, highly social, and prefers being with people rather than being alone.

The adjective hermetic describes something that is set apart, isolated, or separate from the influence or interference of society at large.

If you incarcerate someone, you put them in prison or jail.

If you are incommunicado, you are out of touch, unable to be communicated with, or in an isolated situation.

An introvert is someone who primarily prefers being by themselves instead of hanging out with others socially; nevertheless, they still enjoy spending time with friends.

When someone is described as itinerant, they are characterized by traveling or moving about from place to place.

A misanthrope is someone who hates and mistrusts people.

If someone is ostracized from a group, its members deliberately refuse to talk or listen to them and do not allow them to take part in any of their social activities.

If someone leads a peripatetic life, they travel from place to place, living and working only for a short time in each place before moving on.

When people or animals are quarantined, they are put in isolation so that they will not spread disease.

Seclusion is the condition of being closed off or isolated from society.

If you sequester someone, you keep them separate from other people.

A voluble person can speak easily and their speech flows; voluble people also tend to be quite chatty.

Living the life of a solitary, lonely recluse suited Charles. He built his cabin with his own hands, placed it far away from any neighbors, and enjoyed the silence of being a recluse. As he withdrew from the society of local people, Charles became known as the recluse who chose to live alone, rarely coming to town and never talking with others.

Quiz: Try again! Where might a recluse choose to live?

Rees Closed the Door Rees the recluse closed his door and we have never seen him again.

A recluse is “shut back” from the rest of the world.

YouTube: The Lip TV A description of a modern-day recluse. 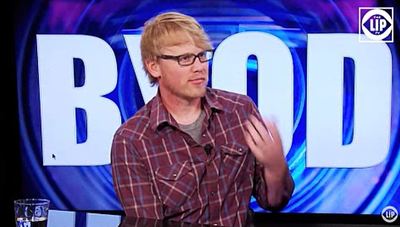 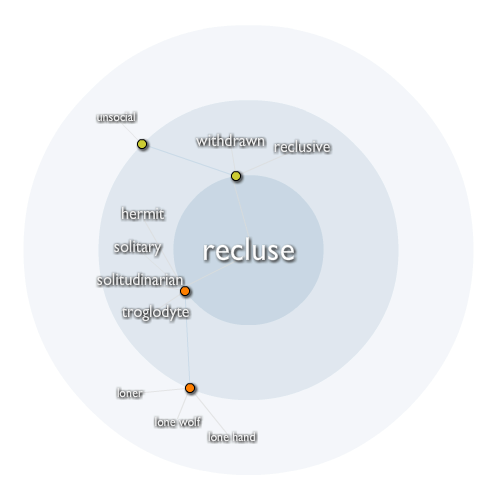