A clarion call is a stirring, emotional, and strong appeal to people to take action on something.

A diaphanous cloth is thin enough to see through.

An entity is a separate thing or object that possesses reality or exists, such as a fish, a tree, or a rock.

Exegesis is a detailed explanation or interpretation of a piece of writing, especially a religious one.

A generic description or attribute is not specific to any one thing but applies to all members of an entire class or group.

A gossamer material is very thin, light, and delicate.

An illustrative example serves to explain or describe something, often by providing pictures.

If an idea, plan, or attitude is inchoate, it is vague and imperfectly formed because it is just starting to develop.

Someone who is speaking in an incoherent fashion cannot be understood or is very hard to understand.

If the results of something are inconclusive, they are uncertain or provide no final answers.

When a piece of information is indeterminate, it cannot be known with certainty.

An inference is a conclusion that is reached using available data.

Something is nondescript when its appearance is ordinary, dull, and not at all interesting or attractive.

An oblique statement is not straightforward or direct; rather, it is purposely roundabout, vague, or misleading.

Quantitative analysis concerns itself with the amount of something that has been produced, and with that which can be measured.

A revelation is the uncovering or telling of once-secret information that is often surprising or valuable.

A rubric is a set of instructions at the beginning of a document, such as an examination or term paper, that is usually printed in a different style so as to highlight its importance.

When specificity is required, one must show exactness and being definite about something.

A vivid picture is brightly colored and/or lifelike.

We have a new boss, whose unclear, nebulous title of “Vice President of Management Affairs” tells little about what he actually does. One theory is that he is the nephew of our CEO, and was given this job with scattered, unlisted, and nebulous duties so that he can sound important while not doing anything demanding. When he asks what we’re doing at the office, we give him vague, indefinite, nebulous answers designed to stop further questions.

Quiz: Try again! If your teacher provided a nebulous response to your question, how would you feel?

Bolus Know-How So just how am I supposed to get that bolus down that fire-breathing bull's throat again? I think that you are being a bit too nebulous about the details of the procedure--why don't you do it yourself? Note: a "bolus" is a large pill.

Something nebulous “possesses the nature of mist or a cloud.” 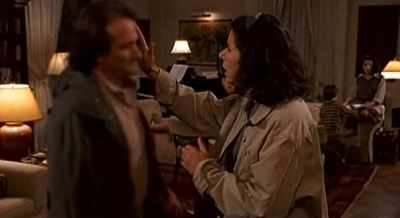 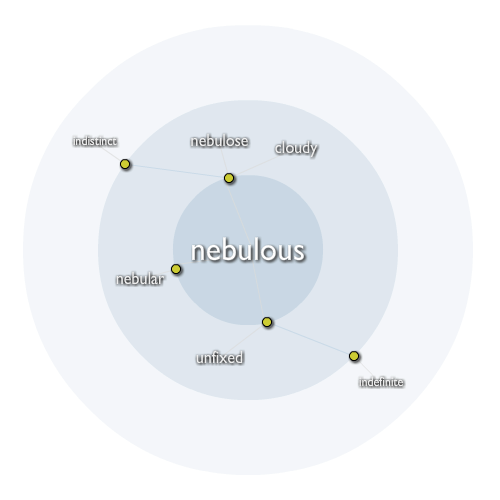